One of the features of Jenkins pipelines that you see advertised quite frequently is its ability to run parts of your build in parallel. However, when you start looking for documentation on how this is actually done, you’ll find that this is one of Jenkins’ features that is covered only briefly in most sources of documentation (including the official one).

Please note that this is not a pipeline tutorial for beginners. If you’d like to have a tutorial on pipelines in general, you should visit the official documentation.

The best existing tutorial on the topic of parallel pipelines found by the authors is ‘Creating Multiple Threads’, a part of the original Jenkins Pipeline Tutorial that is generally a great and reliable source of information (sadly, the document itself states that it is no longer maintained and points to the official documentation, which doesn’t cover parallel builds very extensively). This example is quite complex, but covers only a simple use case - running multiple threads for unit-testing a single build. What is missing is how to run multiple build stages on multiple nodes - something that, in our eyes, is a much more frequently encountered use case. Some third-party blogs include simple examples of parallel builds, too - but mostly, they stop at showing only the general concept with very little sample code. We were not able to find any documentation beyond the tutorial that has any real meat to it.

To remedy this situation, this blog post aims to:

A word about declarative pipelines

This tutorial is about writing parallel build pipelines in Groovy, in the imperative Jenkins 2 style. Recent versions of Jenkins have introduced yet another format for pipelines that is declarative in nature (meaning that you describe what you want to achive rather than giving commands that describe how to achieve it). For the moment, the Groovy pipeline language is still there and referenced in the official documentation as ‘Advanced pipeline syntax’. Since the declarative style is completely new and has not been widely adopted so far, we’ll stick to the old style in this post. We suspect that the need for yet another style has arisen as part of Cloudbees’ efforts to provide a graphical editor for pipelines as part of the Blue Ocean UI, for which a custom declarative language is generally better suited than Groovy scripts.

You can find the sources on Github.

A word about Blue Ocean

Another piece of Jenkins that is a little difficult to understand is the ‘Blue Ocean’ UI which has been around for some time now and used to be advertised as the future UI for Jenkins. However, Blue Ocean has not yet replaced the traditional Jenkins UI - you can switch to it by clicking on a link in the navigation bar, but if you are like us, you’ll switch back very quickly. That is because, while Blue Ocean looks nice and offers some great visualization (especially for parallel builds, as you’ll see below), at the same time it still lacks a lot of features provided by the original UI, and it is currently not forseeable when it will catch up.

In this tutorial, we’ll use both UI’s and switch forth and back as needed. You’ll probably do the same when working with parallel builds.

Jenkins provides some online help for pipeline steps in form of the page behind the ‘Pipeline Syntax’ link that you find in the navigation bar of any pipeline project. When you select ‘parallel’ and click on the little question mark to the right sight, it displays the following:

You’re good to go with this if your branches execute completely different code (e.g. run the builds of two independent projects in parallel). In other cases, you’ll generate branches programmatically, for example if they run the same build with different parameters. In this case, you will do something like this:

This is a very general template that you can use whenever you generate parallel branches using for loops. We’ll use it in our example, too.

The example: Integrating Thymeleaf and Jackson

In our current project, we are facing the situation that a lot of application modules depend on a specific ‘infrastructure’ module that is itself under continuous development. Whenever something changes, we need to verify that all dependent modules can be built with the most recent version. In order to improve the duration of this backwards compatibility check, we are using a CI pipeline that runs the integration of all dependent modules in parallel, each as a separate build stage. Use cases like this one can be found in most companies, but sharing them with the public for educational reasons is often impossible due to disclosure restrictions or because they simply cannot be easily explained to someone outside the project. This may be the main reason why it is so difficult to find any example on the internet for parallelizing complete build stages.

To provide a working example with some real meat to it, we have rather arbitrarily chosen the Thymeleaf Open Source project, which is a template engine for web servers. In this case it’s purpose is actually not very important - we just need a project that has some dependencies.

Thymeleaf uses the JSON parser/generator library Jackson. We’ll build a CI pipeline that builds Thymeleaf against multiple versions of Jackson (2.8.9, 2.6.3, 2.6.2 and 2.0.0) and produces a report that shows which of them were successful.

In order to run the examples in this tutorial your environment should meet some requirements that are outlined in this section, concerning:

To do this tutorial, you’ll need to have some plugins installed. Most likely you’ll be fine if you’ve used Jenkins pipelines before (if you have not, this tutorial may not be the right one for you). In any case, here is a list of plugins you should make sure to have installed:

The only other step to prepare your Jenkins for this tutorial is to make sure you have some slave nodes available that can execute your parallel pipeline (of course, you could execute the pipeline on a Jenkins that only has a master node if you remove the !master constraint - but then, Jenkins would execute the build one stage after another). If you already have at least two slave nodes configured, you are fine - continue with the next section. Otherwise, you should now create some slaves. You do not need another machine for it if yours is able to run Docker. Open the node configuration and select ‘New Node’. You should see a dialog like this:

Edit the configuration as shown in the image. The most important part is, of course, the launch command (you may have to adjust this a little depending on your OS and the installed Jenkins version):

Last but not least, you should create the actual pipeline project. We assume that you are familar with this process, so we’ll outline only the general parameters.

Now you have the setup finished. Let’s go and run it.

Simple click on ‘Build now’. The pipeline should start and, depending on your machine, finish in a timeframe from 30 seconds to 120 seconds.

If it seems to hang after the first stage, check if your slave nodes have actually started up successfully! After the pipeline has completed, you should see this:

The pipeline is now displayed in yellow color, meaning it is ‘unstable’. This isn’t a mistake because we do not consider the build as ‘failed’ if one of the parallel stages fail (actually, we know quite well that Thymeleaf doesn’t build with Jackson 2.0.0, so this sample pipeline should never become green). Please not that if your pipeline is red instead, something went wrong (in this case, you should look at the console log and see what failed).

Let’s now have look at the actual pipeline script that we were running (we just provide excerpts here for the sake of readability - you can view the whole Jenkinsfile at our Github project).

The general layout of the script follows the template we introduced earlier, with some modifications. First, we run a single thread on the master node to checkout ThymeLeaf and stash it:

Why do we do this? We could also checkout from Git later on the build slaves. In that case, however, we’d checkout once for each build or even more times if we want to clean the workspace between builds on the same slave. To avoid this redundancy, we check Thymeleaf out once and then put its files on Stash - the preferred way to transport non-transient build data between nodes.

Next, we’ll define our parallel branches:

We will use this list to loop through the versions of Jackson we want to check for compatibility with Thymeleaf. The ‘StageDef’ structure is actually so simple that we could as well have used a simple string instead, but we chose this more complicated variant to serve as a template for real-world stage definitions that may contain more data, for example additional library dependencies or branch-individual settings.

Next, we define our parallel stages:

Please note that global variables like stageDef must be serializable, because Jenkins needs to marshall them for transport to the slave nodes! Non-serializable variables may be used only when isolated within a separate function. This is described in detail in the respective part of the pipeline tutorial.

You may stumble about the comment in line 6: ‘Never inline this!’. This is a pitfall that is well known to experienced Groovy programmers, but may come as a time-consuming surprise to people better versed in other programming languages (e.g. Java). You’ll encounter the issue if you do something like this:

You can see the result immediately on the pipeline:

Every stage builds now against Jackson 2.0.0. But why?

One disadvantage of the standard pipeline view is that you can’t see very well how the parallel steps progress, because the pipeline is linear, like … a pipeline. This issue has been addressed by Jenkins by providing an alternate view: Blue Ocean.

If you have installed Blue Ocean, you should see a link ‘Blue Ocean’ on the navigaion bar to the left. Click on it now, and Jenkins will change its face:

This looks nice and provides great visualization for parallel pipeline stages. As you will realize, it also has its disadvantages:

What about stage-specific result colors?

You may have noticed that the pipeline will be colored fully yellow after the build. The same is the case with Blue Ocean:

So, why don’t we color the individual stages in red or green, depending on the build result? The answer is simple: this is not (yet) possible with Jenkins pipeline. A build status is global for the whole pipeline. Individual error status of stages seems to be a feature that is frequently asked for by users and very difficult to solve by the developers, as you can determine e.g. from JENKINS-39203 and the related JENKINS-43995.

As a workaround for Jenkins’ inability to display the pipeline stages in different colors, we resort to creating the report ourselves. To achieve this, we use the Html Publisher plugin and, after the parallel builds have completed, put together some simple HTML that can be accessed on the build’s navigation bar:

We rely on the fact here that the dependency tree info is only written/stashed if the Maven build succeeded (you can make this more complex, of course, but you will have to write your build result to stash in order to process it here).

We hope that you have enjoyed reading this post and that we could provide you with some useful insights on actually using Jenkins Pipeline for parallel builds, especially concerning the various quirks and pitfalls we encountered while working with this feature:

We’ll of course be happy to hear from you if you have additional knowledge to share on this topic, or if you find a bug in our code. Thanks for reading! 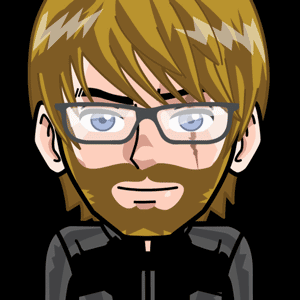